Thursday was the day of our
LONG expected party – the premier of
The Hobbit: An Unexpected Journey!!!

For the midnight show, there were just four of us, by my mean-mom decree.
Uncle Jeff would GLADLY have brought the whole family;

however, since there was a big group from SSJ planning to go altogether
(they even got a group discount on tickets)
on Friday afternoon, and since immediately after that
all the kids were heading over to the church for the first episode of a 3-night
Lord Of The Rings marathon
which will be completed Sunday evening after mass,
I thought that starting the weekend with an all-nighter Thursday was
likely to cause between 1-4 of my offspring to crash and burn –
probably just in time for Sunday morning church.

And, since Jeff had 4 tickets for the midnight show,
and one of his friends canceled,
that left me with the decidedly unenviable task of
choosing ONE of my children
to attend with Jeff, mother, and myself.

Oh, the agony,
the begging,
the pleading,
the bargaining,
the hemming,
the hawing,
the calculating…

In the end, it came down to a coin toss.

And after the coin toss, I still had to provide an unbreakable
series of reasons why the coin toss
should stand.

The toss was between Megan and Laurent.
Laurent won the toss.
I then further explicated that:
She is about to turn 18.
She just finished her finals that very day.
She is the goddaughter of Uncle Jeff,
and also the rightful heir to his extreme
Lord Of The Rings
geekery.
(you know, memorizing the Silmarillion and all the appendices,
learning to write Sindarin, Quenya, Tengwar, Dwarvish runes, making impossibly detailed maps a-la Tolkien… etc. etc.)

All were agreed that my reasoning was flawless, although Megan was still understandably bereft at having to wait until the morrow.

Thus it was, that at roughly 9:50 on Thursday evening,
Mother, Jeffrey, Laurent and I
set out
– in the rain –
for the premier!!
We reveled in the adventure, and wished we had hooded elvish cloaks from Mama Mentor‘s sewing workshop. 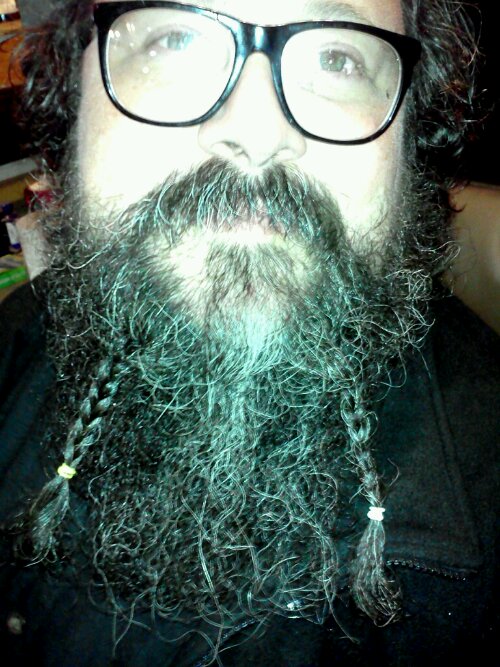 Jeffrey, before departure.  His beard was plaited for the occasion.
When he was handing his ticket to the gal as we entered,
she glanced from him to the giant poster of Thorin right behind him,
glanced back and said,
“Hey, you know you kind of look like him!”

It was a beautiful moment.
What more can you ask, as a bearded dude, than to be comapred to
The Great
Thorin Oakenshield?! 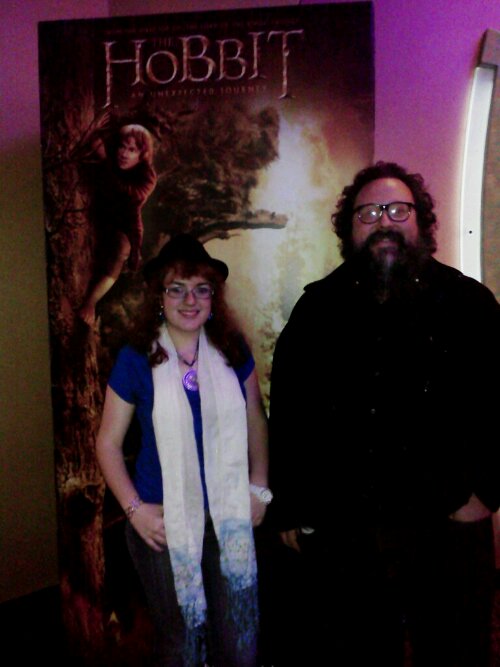 Laurent with her Godfather at the theater.

We arrived before the theater was even finished with the previous show, and sat out in the lobby nibbling our “supper” — which, according to Meriodoc Brandybuck, comes after “dinner”:

And when we were at last let into the theater, we were the first and only audience members for quite some time.
It was a little depressing.
We thought, “Surely Arizona Geeks aren’t so wimpy as to let a spot of rain dampen their spirits?!”
However, I think all the fun was happening nextdoor in the BIG theater where they were preparing to see the movie in it’s proper, 48fpm/3D format.
I did hear quite the hullabaloo and cheering going on over there.
Eventually, however, more of us old-school types came wandering in, and by midnight, there was a decent sized group. 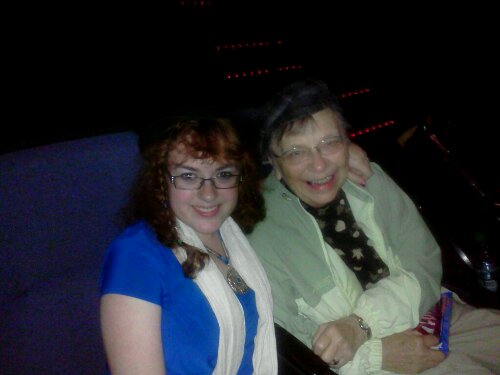 Laurent with her Oma (and Red Vines!) at the theater! 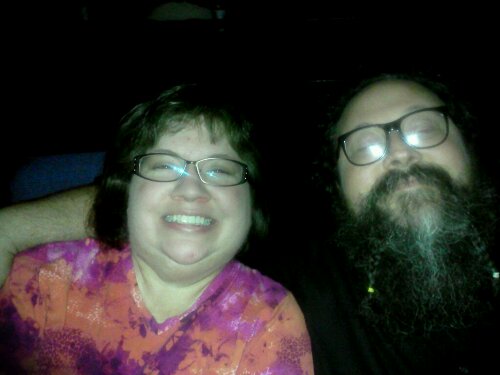 At last the lights dimmed, the previews finished, and those unmistakable strains of Howard Shore’s Middle Earth soundtrack began,
and we were off on the rollicking adventure with Bilbo, Gandalf, and the thirteen dwarves.

It was all we hoped for and more.
The way back stories and appendices were added was wonderful.
The whole Radagast sequence *almost* makes up for leaving Tom Bombadil out of LOTR.
The action, the humor, the peril, the poignance, the personalities – just so beautifully realized.

Once again, Peter Jackson is a genius.

And I went to see it again on Friday with the kids.