I don’t know what Fr. Clements was thinking, posting this on Facebook during Lent, when so many are abstaining from sweets, but I know there are a bunch of people in my family who will thank him for it, come Easter brunch! 🙂

P.S. – definitely not gluten free.  Could it be done GF?  Inquiring minds want to know… 🙂

for the Cinnamon Filling:

for the Cream Cheese Glaze:

To make the Cinnamon Filling:

To make the Pancakes:

Heat your griddle to exactly 325 degrees. You don’t want these too cook too quickly, and you won’t want your cinnamon to burn.

Make desired size pancake on greased griddle and then using the piping bag and starting at the center of the pancake, create a cinnamon swirl. Wait until the pancake has lots of bubble before you try to turn it. You will find that when you turn it the cinnamon swirl will melt. The cinnamon will melt out and create the craters which the cream cheese glaze will fill.

To make the Cream Cheese Glaze:

In a microwave safe bowl melt the butter and cream cheese and then stir together. Whisk in the powdered sugar and vanilla. Add a little milk if needed to make
it a glaze consistency.

Place pancake on plate, then cover with cream cheese glaze. 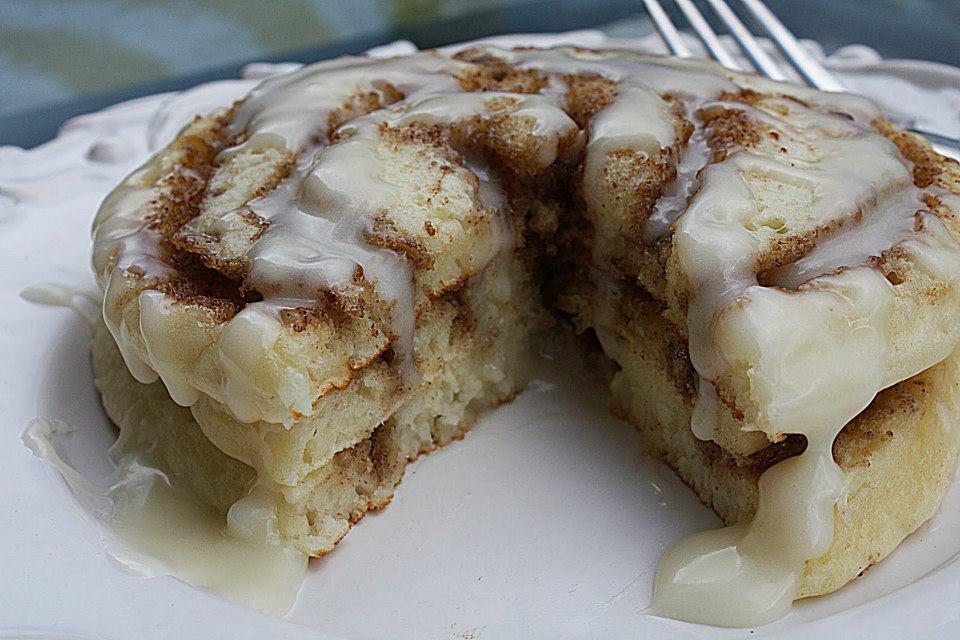